skip to main | skip to sidebar

Watch for new information on Shockerfootballnow!
Posted by Shocker Football Now: at 5:54 PM No comments: 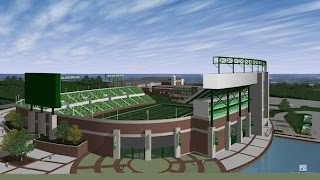 It is the opinion of this blog that the resurrection of Shocker football will be difficult without the help of the student body. This is a sensitive issue for good reason as the cost of tution is one that continues to rise. However, I would like to look at one University that is making its dream of a new football stadium come true by finding a unique way to finance it together. The students of North Texas have answered the call of the alumni by voting to fund 50% of the new stadium with a student fee increase. The other 50% will be the responsability of the alumni, fans, and corporate sponsors. The stadium is not being funded on the backs of one single group, but by the whole UNT family.

If the students at Wichita State voted to do the exact same thing, here is how it would break down. WSU generated 283,646 credit hours during the 2006-2007 scholastic year without including summer school. For the sake of simplicity in this example, let's assume the exact number was 300,000. The additional $10 fee per credit hour would raise roughly 3 million dollars a year to help fund football and any additional sports needed to help satisfy Title IX. It may not be enough, but it is a very strong start and would keep WSU out of the proverbial black hole it so desperately never wants to see again. For more information, check out the following link. http://www.meangreensports.com/ViewArticle.dbml?DB_OEM_ID=1800&ATCLID=1606591
Posted by Shocker Football Now: at 12:45 AM No comments:

Title IX and Shocker Football...Part I

One of the greatest perceived roadblocks to the return of Wichita State football is Title IX. Lately, there has been a lot of misinformation in regards to this issue so hopefully this blog can be used to better inform Shocker nation. First off, Title IX has nothing to do with the NCAA. It is a federally mandated law that was enacted in 1972. Where the NCAA comes in to the discussion for our purposes is the limits placed on scholarships for a particular sport. With that said, an in depth look at this subject is something that elicits tears of boredom to all but the most die hard of collegiate sports fans and the retired lawyer. For this blog I will try and present the information that pertains to the return of Wichita State football in the clearest fashion possible. However, before I get to the crux of the central issue, it is important to understand how Title IX basically functions. Below is a list of guidelines on how to comply with this law.

1)Meet interests and abilities of the under-represented sex.

Sounds pretty straight forward, yes? Well, read on. In order to determine how this will be met, one must look at the "3 prong test" that the Carter administration implemented in 1979 and last updated in 2005. This is the most crucial part of Title IX in regards to WSU fielding a football team again. In part two of this write up I will address this issue farther. Only one of the below must be met to satisfy part one....

Prong One:
"Provide participation opportunities for women and men that are substantially proportionate to their respective rates of enrollment as full-time undergraduate students."

Prong Two:
"Demonstrate a history and continuing practice of program expansion for the underrepresented sex."

Prong Three:
"Fully and effectively accommodate the interests and abilities of the underrepresented sex."

For the purposes of Title IX, unduplicated participation is basically referring to the student athletes who play at least one sport (a student can't be counted twice). Note that it says "participation." For instance, a typical NCAA female rowing team will have roughly 80 participants in a sport that has a cap of 20 scholarships. Much like Baseball, the scholarship equivalency of 20 students is spread among those that are participants if they are deemed worthy of a partial scholarship.

3)Equal treatment of female and male student-athletes in the areas known as the "laundry" list.

This aspect of Title IX is fairly straight forward. If the male athletes get new towels, shoes etc. so should the women. It is pretty tough to argue with this as it makes sense from so many angles. In addition, this can also be expanded into areas such as locker rooms, travel and accommodations. The men's basketball team can't stay in a 5 star hotel while the women's team is forced to go 4 deep in a flee bag motel.
Posted by Shocker Football Now: at 2:24 AM No comments:

As discussed earlier, Title IX is kind of a mess. Lets look at it like this. Lets say that you have 1000 students attending institution A. 60% of those students are female while 40% are male. If you elect to abide by prong 1 then 60% of your unduplicated participating athletes should be female while 40% should be male. In order to be in compliance with part two of Title IX your scholarship proportions should be in line with your participating unduplicated student athletes. For school A, that would mean that 60% of their athletic scholarships would go to females while 40% would go to males.

What about prong 2? This is where the loopholes begin. Lets say that school A really wants to be in compliance with Prong 1 but just can't afford to yet as they have recently added football. Under this prong, as long as school A is making progress towards being compliant by adding women's scholarships and participation opportunities they are good to go regardless of the percentages. Obviously there is an end game to this as eventually School A must reach its goal or it will fail to be compliant.

Have I lost everyone yet? If not, here is how prong 3 works. Lets say that School A still has a gender ratio of 60% female to 40% male. Trying to balance out those numbers would be tough even at a Big Ten university. So what to do? Under prong 3 School A must ensure that the interest and abilities of the underrepresented sex be accommodated. In order to find out this information, School A will then conduct a survey with the underrepresented sex. However, when Title IX refers to the underrepresented sex it is referring to the sex that is the most underrepresented athletically nation wide which has always been female. In school A's case, this would be the 60% female population.
The department of education has put together a PDF on how this survey should take place. Interestingly, this survey places the burden on the female student population to indicate what athletic opportunities are not currently being met. There are a variety of exceptions to this as the sport must be of interest in the geographic location (no women's hockey). The most notable of Prong 3 is that the Office of Civil Rights at the Department of Education has made it very clear that Prong 3 is equally valid and offers the same compliance as the first two prongs. For further reading here is the PDF. http://www.ed.gov/about/offices/list/ocr/docs/title9guidanceadditional.pdf

CONCLUSIONS
It is clear that WSU is not required to award scholarships in an even straight forward fashion between men and women. It goes much deeper than that. In part 3 I will examine where Wichita State is in regards to Title IX and list some schools that achieve compliance through prong 3 of this act.
Posted by Shocker Football Now: at 11:30 PM No comments:

We shouldn't play football because it will hurt basketball?

One of the prevailing arguments commonly heard about why football should not be brought back is that it will hurt men's basketball. To help displace this notion consider the following. From 1964-1986 Wichita State qualified for 5 NCAA tournaments and played some of its best basketball in the history of the University. In comparison, from 1986-2008 (the same 22 year time period), the Shox have played in only 3 NCAA tournaments and fans were forced to endure a decade of terrible basketball. Furthermore, only one of those appearances came after 1988. Clearly, not having football hasn't helped the basketball team. I'm not saying I'm just saying....

Below is a list of Valley teams that field an FCS Football squad along with a list of their corresponding NCAA basketball success.

Shocker fans that are interested in the history and future of shocker football should tune into KGSO this Saturday (10/11) at 9:00 Am. A roundtable discussion will be taking place on the air about the return of shocker football. In addition, several players from the 1970 team will be there to publically discuss the tragic plane accident and their opinions on the future of football at WSU. The show is set to run from 9:00-11:00 and will be very fluid as a variety of guest will be on the radio. Behind the scenes, this time will be used as an inital meeting for all parties interested in bringing back shocker football. Fans, alumni and students that want to take part in this movement are welcome to attend the meeting.
Posted by Shocker Football Now: at 2:56 PM No comments:

For Shocker nation, the number stands at 28. To an outsider, that plane crash in Colorado not only took the lives of 31, but it also brought about the end of the football program. To a man, the team of 1970 will tell you that is not true. Those who watched the Arkansas game 22 days later will tell you it is not true. Wichita State football was suspended in 1986 due to the poor leadership of President Armstrong and Athletic Director Lew Perkins. It had nothing to do with that fateful day in 1970.

The central theme in the efforts of Brad Justice and his team at bringbackshockerfootball.com is that football should be reinstated and the team of 1970 should not be forgotten. We believe that football should be brought back in SPITE of what happened 38 years ago, not because of it. The goal of this movement is not to trivialize or commercialize the accident, and we implore you to remember that as we move forward.

When the football Shockers return, imagine them gathered in the locker room and preparing to take the field. On their way out, each player touches a bronze sculpture in the shape and design of a 1970's era shocker football helmet. However, this tradition is not for luck. It is to remind each player that football is only a small part of life. It is for the friends, the life experiences and the future that one plays for. It serves as a reminder to enjoy every minute they get to play football at Cessna Stadium. The legacy of the 1970 team is not tragedy, it is perseverance, fortitude and the lasting definition of what being a teamate truly means.
Posted by Shocker Football Now: at 12:24 PM 1 comment: 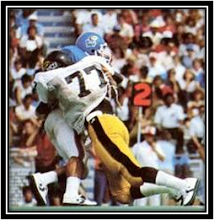 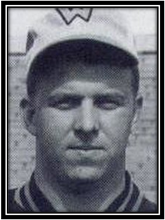 At the next panel discussion on Shocker Football hosted by KGSO, what former football player would you like to hear from? 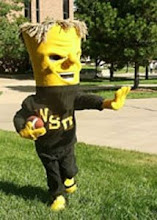